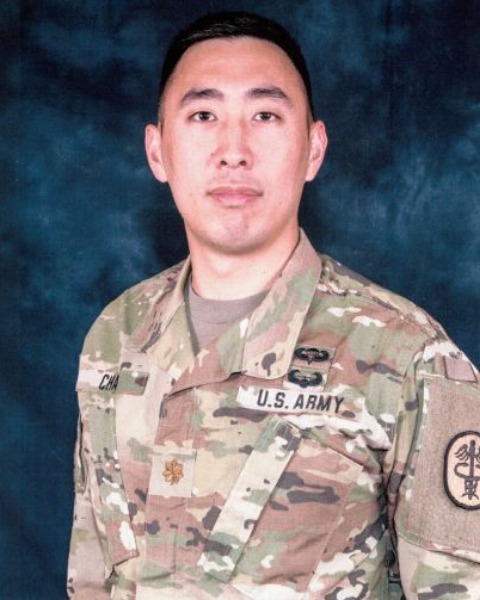 MAJ Jason Cha is a native of Shawnee, Kansas near Kansas City, Kansas. He was commissioned as a Medical Service Corps Officer in 2014 after graduating as a distinguished military graduate from the University of Kansas in Lawrence, Kansas. He holds a Doctorate of Pharmaceutical Science and a Bachelor of Pharmaceutical Science from The University of Kansas. He most recently completed his PGY-1 Pharmacy Residency LTHET at Tripler Army Medical Center.