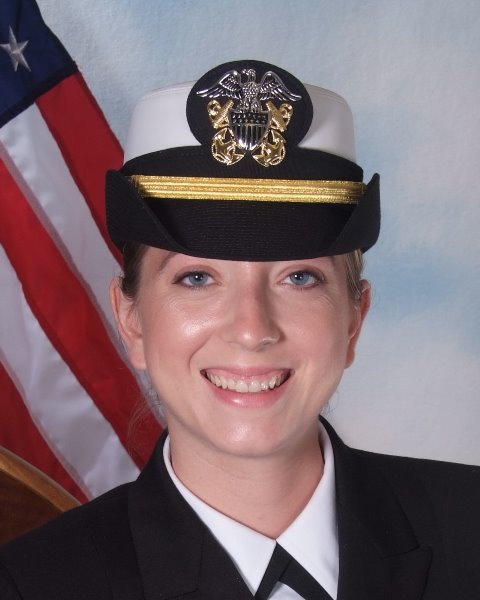 LCDR Kyleigh Hupfl, PharmD, MBS, BCPS received a BA in Cell Biology from Rutgers, the State University of New Jersey in 2006 and earned a Doctor of Pharmacy from the Ernest Mario School of Pharmacy at Rutgers University in 2010. She completed her American Society of Hospital Pharmacy accredited residency at Naval Medical Center San Diego in 2015. In 2017, she graduated with distinction from the Naval Postgraduate School, earning a Master of Business Administration.

LCDR Hupfl was commissioned as a lieutenant in the Medical Service Corps in New Brunswick, NJ in July 2010. Her first assignment was Naval Hospital Jacksonville from October 2010 to May 2014 as the Division Head of Inpatient Pharmacy. During this time, she deployed in support of Operation Continuing Promise 2011 aboard the USNS Comfort where she served as Medical Civic Action Program Pharmacy Chief. She then transferred to Naval Medical Center San Diego, serving as Chief Pharmacy Resident from June 2014 to June 2015. In July 2015, she reported to U.S. Naval Hospital Guantanamo Bay as the Pharmacy Department Head and Chief of Pharmacy Operations for Joint Task Force Guantanamo Bay. LCDR Hupfl transferred to the Naval Postgraduate School in Monterey, California in June of 2017 to pursue a Master of Business Administration degree in Materiel Logistics Support, which was earned with distinction, concurrently with a Naval War College Command and Staff diploma. Following this, she transferred to Defense Logistics Agency Troop Support in Philadelphia, PA where she currently serves as Deputy Chief of Customer Pharmacy Operations for the DoD’s $5 billion pharmaceutical supply chain.

LCDR Hupfl holds an active pharmacy license in New Jersey and is a member of the American College of Clinical Pharmacists. She is Board of Pharmacy Specialties certified in Pharmacotherapy.