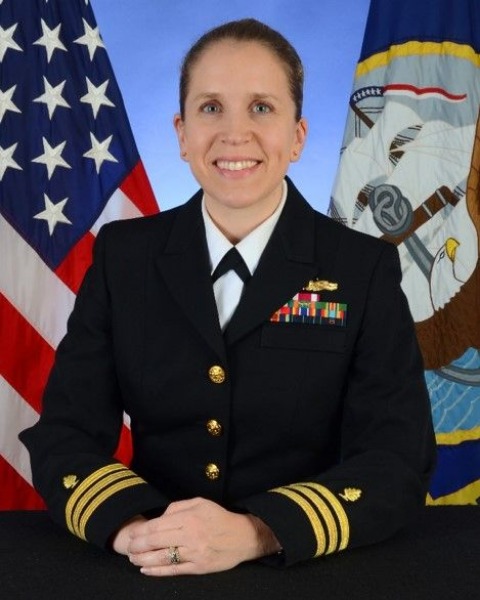 Janel B. Rossetto PharmD, MS, BCNSP
Commander, Medical Service Corps, U.S. Navy
Commander (CDR) Janel B. Rossetto began enlistment into the Navy while at the University of Florida in June 2002 and was commissioned to Lieutenant in April 2004 with a Doctor of Pharmacy degree. She was initially stationed at Naval Medical Center San Diego, serving primarily as the Intensive Care Unit pharmacist. At sea, she was Pharmacy Department Head for the USNS MERCY’s 2006 humanitarian mission to the South Pacific Region. At U.S. Naval Hospital Guam, she passed board examination in Nutrition Support as the only Navy Officer with this certification. At Naval Hospital Camp Pendleton, she was the first graduating class in the country to receive a master’s degree in Medication Therapy Management (MTM). At Naval Medical Center Portsmouth in Sept 2013, she was responsible for establishing and staffing the first clinical pharmacy service in PCMH for that command. She transferred to Naval Hospital Jacksonville in Dec 2016 and then to the Defense Health Agency in Sep 2019. She was selected as the 2007 Navy Junior Pharmacy Officer of the Year, 2010 Navy Pharmacy Officer of the Year selected by the Specialty Leader and 2013 Navy Senior Pharmacist of the Year. She also earned the Surface Warfare Medical Department Officer (SWMDO) as the first pharmacist in the Navy with this qualification.