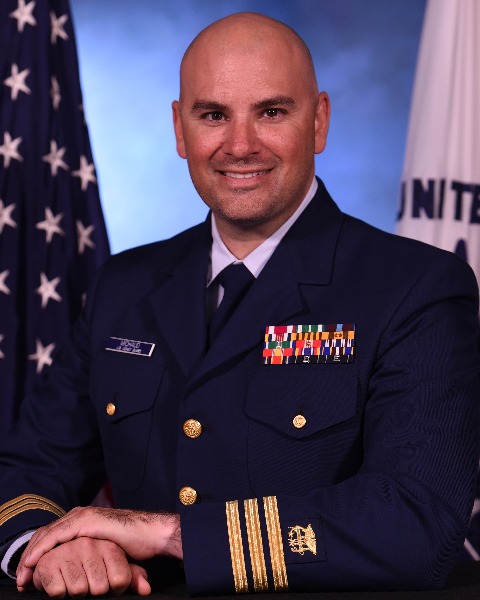 Captain Michaud is practicing pharmacist since in May 2003 following graduation from Philadelphia College of Pharmacy. The Coast Guard assigned Captain Michaud to Headquarters in Washington, DC on June 8, 2018, where he assumed the positions of Pharmacy Consultant and Health Insurance Portability and Accountability Act (HIPAA) Service Representative.

Captain Michaud started his pharmacy career as an inpatient pharmacist at the Hospital of the University of Pennsylvania, where he trained in Adult ICU, Pediatric ICU, Oncology, and Internal Medicine. In 2004, he moved to Bethel, Alaska to work at a rural Indian Health Service hospital that supported 52 villages in the Yukon Delta Region. Captain Michaud championed the implementation of Pyxis Medstations, an electronic pharmacy software system, and telemedicine for two villages. In 2007, he moved to Anchorage, Alaska to work at the Alaska Native Medical Center as an Inpatient Pediatric Pharmacist, and later commissioned with the U.S. Public Health Service in February 2009. During his tenure he championed the formation of an antimicrobial stewardship, received National Clinical Specialist Certification (NCPS), and served on the implementation team for the Cerner Electronic Health Record.