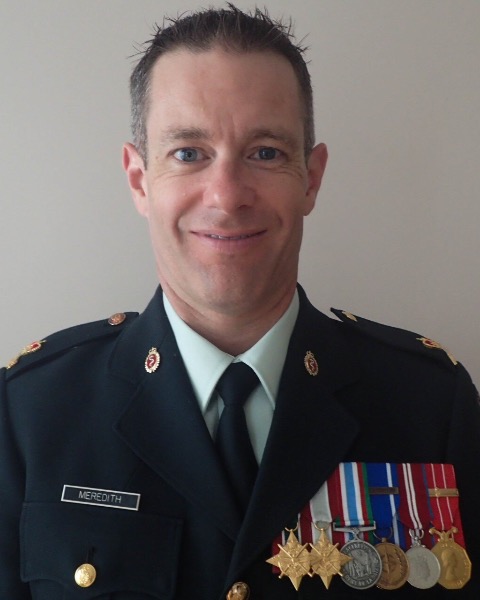 Lieutenant-Colonel Sean Meredith joined the Canadian Armed Forces in the Naval Reserve in 1995. He remustered to become a Maritime Surface (MARS) Officer the following year and earned his Bridge Watching Keeping certificate in 1998. Following a year of full time Reserve employment aboard Her Majesty’s Canadian Ship BRANDON as the Deck Officer from 1999-2000, LCol Meredith joined the Regular Force as a Health Care Administrator. In 2008 he became a Pharmacy Officer and remains one to this day.

He lives in Ottawa with his wife Stephanie (who is also a pharmacist whom he met while on post-graduate training), dog Quincy and his two cats Percy & Ernie. LCol Meredith is very excited for the arrival of his first child, Charlotte, in early 2021.