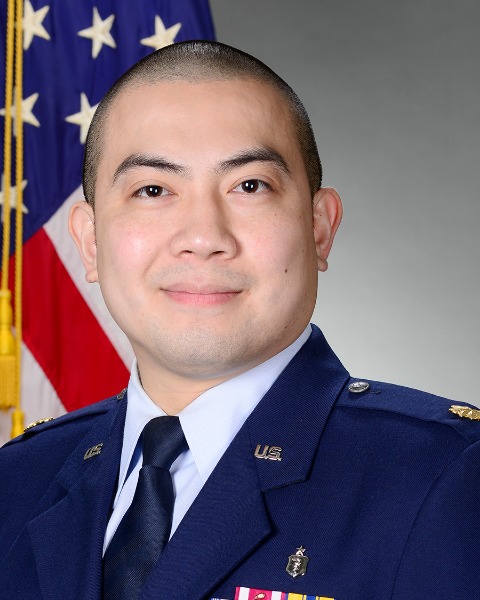 Maj Ngo received a direct commission into the United States Air Force in December 2010. He holds a Doctor of Pharmacy degree from Massachusetts College of Pharmacy and Allied Health Sciences, Boston, Massachusetts. After commissioning, he was stationed at Nellis Air Force Base, Nevada and then Aviano Air Base, Italy. Prior to his current assignment, Maj Ngo was the Pharmacy Flight Commander at Joint Base San Antonio-Randolph, Texas. There he oversaw three pharmacy and radiology elements, 41 personnel, $8.2 million budget, and dispensed 534,000 prescriptions annually in support of 240,000 beneficiaries.